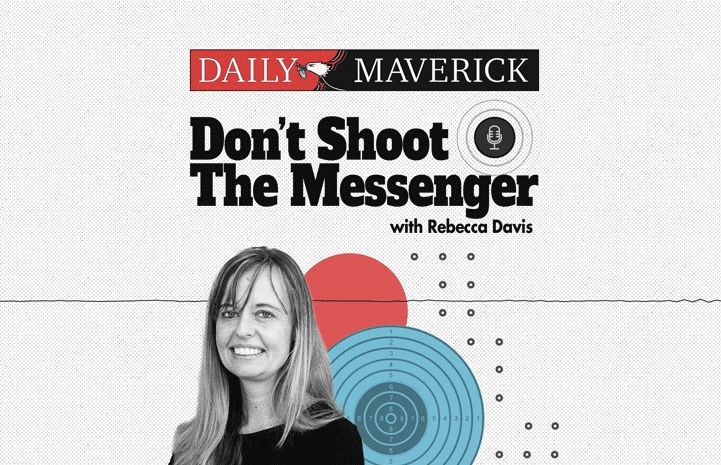 At the moment is seems that the more things change, the more they…change! But what do we know about the way that our listening habits are changing – and are podcasts all they’re cracked up to be?

As we enter unknown territory armed only with three layers of fabric and the faint smell of bleach, it’s extraordinary how much crystal-balling there is going on. And with every passing predication, the words of Naspers’ visionary-in-chief Koos Bekker in a recent opinion piece ring increasingly loud: “Only mamparas will try to predict the outcome of catastrophes.”

But for anyone in the media game, it’s becoming pretty obvious that we need to at least start doing some scenario planning about what the possible trends and outcomes might be. Some of the low roads, sadly, will be self-evident dead-ends, scattered with the remains of Cosmo, Bona and whatever other paper patients fail to make it off the ventilators when the dust settles.

But what signs and signals are there on the high road? In particular, what products, channels and behaviours do we realistically think might fall into the ‘Green Eggs and Ham’ category? I.e. things that people assumed they’d never enjoy doing, until they did, and now they can’t imagine life without them.

The most obvious one, I guess, is video-on-demand and streaming services. Netflix must have been giving DStv big-wigs a headache for a year or two already, but we can only imagine how their premium-level subscriptions must have been impacted by people having time to give the alternatives serious consideration, and to do so in a sport-free world!

But the one that’s been on my mind since being place under house arrest pertains to a subject that we measured for the first time in our annual BrandMapp survey in 2020: podcasts. Or as is the case with most of our broadcasting clients who are mainly offering downloadable reruns of previously broadcast material, ‘radio on demand’.

I’d have to admit, I was sceptical about the results showing anything more than what I thought we already knew: this is a niche platform aimed at a tiny percentage of the population. A bit like audio-books, which I’ve always thought are the literary equivalent of paying to watch a stranger have sex with your spouse.

And then the results rolled in…

And then the results rolled in. With a massive sample of more than 28 000 middle-class-and-up South Africans responding to our survey, we discovered that a staggering 60% listen to podcasts, and 21% do it every single week. That number goes up to 30% for under-25s, so as with all things digital, it’s a youthful revolution that’s age-agnostic.

On the down side, as with most things digital (and in a similar vein to the zillions of vacuous Instagram feeds out there) it’s hardly surprising that, even though it’s a vetted world, the vast majority of podcasts riding soundwaves in the virtual ocean are little more than flatulent grommets.

Industry stats are surprisingly murky, but Apple’s latest numbers indicate that there are more than 850 000 active podcasts right now and more than 30 million podcast episodes available on iTunes. That’s almost 55% growth in a year. And yet, according to podcast host Libsyn, if you manage to get more than 3 200 people to download your recorded wisdom, you’re in the top 10%. On the whole, it’s a sea of mediocrity.

Interestingly, podcasting fortunes have ebbed and flowed over the past two months. In the US, at first, there was a rapid decline in downloads attributed primarily to the lack of commuter time. But as things have progressed, that’s changed around and some of the latest results even show an uptick to levels about  higher than they were to start with.

The story for the UK is similar – about a 15 to 20% decrease with a return to ‘normal’ currently in motion. But, and it really is a big BUT, what’s overlooked is that many smaller, super-niche podcasters have seen significant spikes. In short, while the ‘general news’ kind of thing you’d listen to on your way to work has decreased, the kind of interest-specific content you’d listen to while cooking, or working in the garage, or going for a walk, has increased. So COVID might just have forced the medium into premature puberty.

Are there any local examples? Well I found one in my mailbox recently: the new Daily Maverick podcast called Don’t Shoot the Messenger hosted by Rebecca Davis. It was an obvious move for a 100% digital player to start dabbling in podcasting and leveraging its substantial online audience. But to do so at the end of March, when we were distracted by hand-sanitiser, obsessed with paper towel and wondering how much wine was ‘enough’, looked to be a brave move.

So I called the publisher, Styli Charalambous to find out what had happened. “Well, we started dabbling in podcasting with sport and did just fine, but our aim was always to find a flagship that was aligned to the brand. We’ve worked hard to build the audience we have, and we always respect them, so we didn’t want to just regurgitate content: we wanted to take storytelling to a new level. The problem was we had no idea what kind of targets to set because the global stats are rather low. So we set a relatively crazy goal of getting 5 000 downloads with a minimum 60% completion rate. And yeah, I’m happy to tell you that we’ve had two out of the first six episodes breach that mark!”

Here’s the point: to get 5 000 people to do anything these days is quite hard, never mind giving up 30 minutes of their time to listen to other people talking. To do that, you have to really tickle a fancy. So  the argument here is similar to that of the old niche-market magazine publishers: if you’re looking to target high-quality, fully-engaged customers, niche is the way to go. And podcasting may well prove to be one of the very best ways to do that, with minimal wastage and 100% measurability.

What’s the takeout? Well, I’d argue that the ‘trend’ we’re witnessing here isn’t podcasting per se, but rather a rise in appetite for ‘audio-on-demand’ that looks a heck of a lot like the feeding frenzy we witnessed when ‘video-on-demand’ got put on the menu. And let’s be clear, this shouldn’t be interpreted as a threat to conventional broadcasters, or even the old advertiser-funded media models they rely on: it’s simply an expansion of the modern media consumer’s dietary options.

So perhaps, fuelled by a set of unusual circumstances, all that we’re witnessing is an accelerated evolution in the world of digital radio that will forever dent the traditional universe. Just don’t let Gareth Cliff know it’s taken us this long to realise it or we’ll never hear the end of it. Smiley face.