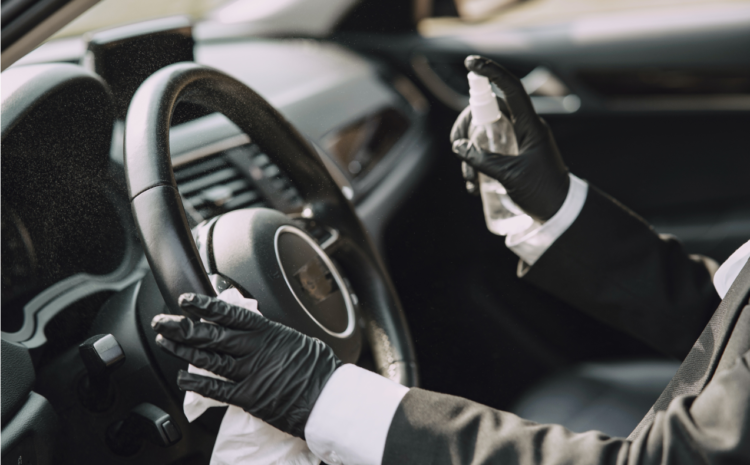 Very few business sectors will be immune to COVID-19, but some, like the auto industry, seem more likely than others to be in need of a ventilator

In a world of uncertainty, one thing’s for sure: people with ‘co-morbidity’ issues are the most vulnerable to COVID-19. But what recent events have shown is that the concept applies as much to business as it does to people.

Think of comorbidity as the elephant in the room. Like when you overhear people discussing our potential for economic growth without anyone mentioning that we, as a country, are R4 trillion in debt.

Or the ‘advertiser-funded-business-model’ that clogs up the arteries of the print media industry. Or the morbid obesity of a property market that’s so over-inflated, all it would take is the tiniest prick from a syringe for the bubble to burst spectacularly.

If ever there was a time for a check-up, friends, this is it. And since it’s had a sore throat for a while, let’s start by sticking an oversized earbud up the exhaust of our automotive industry and send it off for analysis…

You are what you drive

For the middle-class-and-up in the new South Africa, car ownership has become as much a membership card as it is a necessity, fueled by aspiration, geography and the limitations of a public transport system that’s far from ideal. And the new vehicle industry benefitted big-time from the rapid growth of this segment of society: a new taxpaying-elite, all hungry to get out of the bus lane and experience the joys of drive-through fast-food, both literally and figuratively.

But there’s evidence that, for new cars in particular, the motor industry hasn’t kept pace as well as you’d think. Twenty years ago, middle-class car ownership was estimated at 78% and 50% of people bought cars that had 0km on the odometer when the keys were handed over. But in BrandMapp we’ve seen a steady decline in those stats over the past decade and in 2020, we measure total ownership at 72%, with only 40% of them being new car owners.

The industry won’t argue: official figures show a slow decline in sales with final numbers for 2019 slipping below 540 000 off an historic high of somewhere near 700 000. The initial diagnosis might be simple: perhaps consumers have finally realised that owning and running a car at the bottom of Africa is absurdly expensive. And the equation just got a whole lot worse thanks to you-know-WHO.

Let’s define ‘absurdly expensive’ with a relativity exercise. In Germany, for example, an average entry level car (like a VW hatchback) would cost about €26K and the average salary is €46.5K, so you’d have to spend 56% of your annual gross salary to buy the car. In the UK, you’d have to fork out 57%, in the USA, you’d be looking at 48% and by the time you get down to Australia, you’d only need to blow 30% of your annual earnings to be able to cruise Bondi in a new Polo.

But for South African salary earners, the number is…125%. No, that’s not a misprint. One-hundred-and-twenty-five-percent. In real terms, new cars here cost four times what they do in Australia. But, with a capital ‘B’, we have a substantial motor industry right here in SA whereas theirs died a slow death with the last Holden rolling off a production line in Adelaide back in 2017.

‘Substantial’, is an understatement. We make more than 500 000 cars a year locally. It’s the largest manufacturing sector in South Africa’s coughing and spluttering economy, accounting for about 33% of our total output, employing more than 100 000 people directly and another 350 000 indirectly. No wonder the government put something called the Automotive Production and Development Programme a few years back in an effort to keep it fit and healthy.

But what if government is more of a problem than a solution? And how come the same right-hand-drive car that’s ‘made in SA’ and exported Down Under ends up costing R50 000 less once it’s been shipped half way around the world and got it’s Aussie citizenship?

In short, why do cars cost so much?

Ask anyone in the industry and you’ll be drowned in good answers, starting with us having one of the most sophisticated car markets in the world where consumers expect ABS, air-con and high-specs as standard, and ending with built-in service plans.

But last year, Toyota SA suggested that taxes account for at least 40% of the purchase price of cars in the R200K to R900K range. By most accounts, manufacturers make less than 10% on turnover and dealers work on even smaller margins. Thanks to import duties, ad valorem, VAT, the CO2 tax on vehicle emissions and the tyre levy, however, there’s one big winner in the industry and that’s the taxman!

To get some insight, I turned to a long-time insider who flipped a switch: it turns out we don’t actually have a ‘motor manufacturing’ industry in this country. “That’s a misnomer”, he said, “most cars produced here are made up 60 to 80 percent imported parts, and they are all taxed. So What we have is a ‘vehicle assembly’ industry.”

And that’s the heart of the problem. According to Wesbank’s latest ‘monthly mobility basket’ rating, the average cost of owning and running an entry-level new car, including instalments, fuel, insurance and maintenance, is R7 851: almost 30% more than five years ago. Back to our average salary argument, that means Jill/Joe Soap has to spend more than 35% of his/her monthly income, before tax, to pay that off. Ouch.

One solution would be the radical therapy suggested by my insider: “shut down the industry, import all the cars and stop the import duties”. That’s 100 000 jobs and a lot of gravy poured down the state drain. Unlikely. Some creative thinking is, however, sorely needed because whatever scenario you paint, without major policy changes, new cars will remain in the hands of a very small elite. But even if something extraordinary were to come out of the Dept of Trade Industry and Competition, the entire automotive business is about to have its airbags tested.

The headaches will get worse…

Tarot cards might be able to predict the magnitude of things to come, but death and disability are unavoidable. In the short term, there will be a significant reduction in disposable income for all but the super-rich and the government (which is about to lose an unfathomable amount of tax income for the 2020 year) will be forced to cut back on spending, including thousands of vehicles, and thousands of overpaid employees aka potential car buyers.

That alone makes it hard to see new car sales getting out of ICU any time soon. But even if that happens, chances are they’ll emerge into a hostile, perhaps dystopian, consumer landscape. One where people are forced to buy-down; where ‘trading-in after three years’ isn’t viable; where dealers have realised it’s not worth renting huge showrooms just so people can kick tyres; where the second-hand market is awash with cheap stock thanks to the offloading of rental fleets nationwide. And the knock-on effects downstream will be hectic: finance, insurance, licences, accessories, fines, tolls, tyres, fuel, panel shops, etc, etc.

And we haven’t even taken into account ‘softer’ factors like the global move away from fossil fuels; the ongoing exodus of wealthy, educated people from our shores; the unstoppable force of tech disruptors and ‘Uberisation’.

The search for a vaccine

So much for brutal truths: what can anyone on the auto business do to build up their immune systems and live to fight another day? Well, at BrandMapp we don’t know much about building cars but we know a bit about consumers. And the only thing that’s really going to matter in the foreseeable future is consumer demand: what can people afford, what do they want and why do they want it. Which is why meaningful research rendering data-driven insights has never been a more valuable commodity. Enough said. I’m afraid we’ve got more patients to take care of, so take two pints of oil and call us in the morning…